The Dark Peak and The White 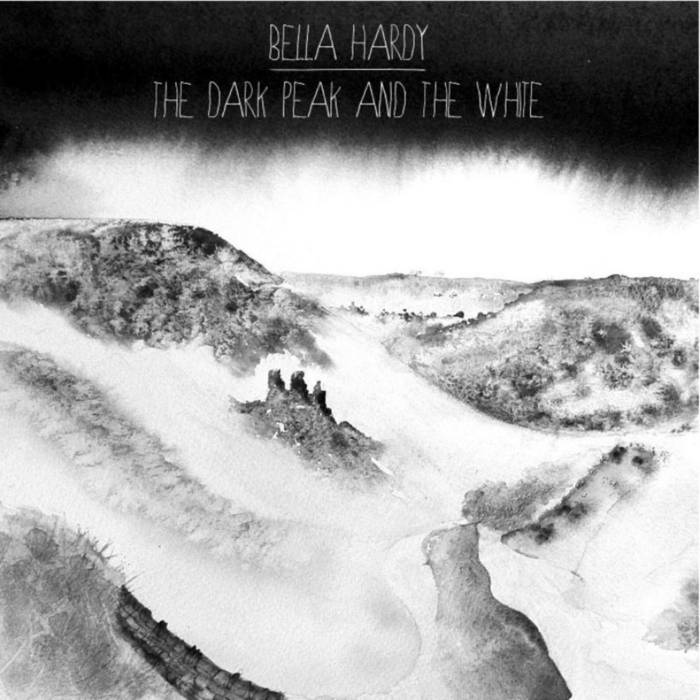 The Dark Peak and The White is an album of songs by BBC Radio 2 Folk Award winner Bella Hardy. It is her first collection of music specifically from her Peak District home, with adaptations and new tunes to works from ‘The Ballads and Songs of Derbyshire’ published 1867, and original songs written for the history, folklore and legends of the area.

The Peak District National Park was made the first National Park of Great Britain in 1951, and at the southern end of the Pennines, stretches across 555 square miles of Derbyshire, South and West Yorkshire, Cheshire, the Staffordshire Moorlands and Greater Manchester. Growing up in Edale, beneath Kinder Scout, singing was always part of Bella’s life. Her family were all in the tiny village choir, and sang old favourites such as ‘Liverpool Lou’ and ‘Whisky In The Jar’, around the house. But her own fascination with traditional music was fuelled by a love of literature and storytelling, which led Bella to delve into old books of folk songs and their mysterious collections of love and murder ballads.

The Dark Peak and The White is produced by one of Scotland’s most eminent musicians Kris Drever, famous for collaborations with artists such as Kate Rusby, Eddi Reader, and Jack Bruce, and for his work with multi-award winning band LAU. Supported by the Peak District National Park’s Sustainable Development Fund, the album’s stripped back instrumentation explores Bella’s unique fiddle singing sound, inspired by and echoing the rich landscape of her peakland home. From ‘The Songs & Ballads of Derbyshire’ comes ancient stories; The Driving of The Deer, tells of Norman Lord Peverel of Castleton, and his rivalry with the neighbouring Saxons over the hill, while The Drunken Butcher of Tideswell, is about one villager’s meeting with a phantom on the moor. Bella’s own songs touch on more recent history, with Lament for Derwent Village telling the heartbreaking story of one woman removed from Derwent before its flooding to create the Ladybower Reservoir. She also brings new life to historic myths, such as The Ilam Lullaby, narrated by the Irish bride of St. Bertram, who, along with her child, was tragically killed by wolves, leading to Bertram’s long residency as a hermit in that area.

Since reaching the finals of the BBC Young Folk Awards in 2004, Bella has become a leading light of the folk scene, nominated four times in the Radio 2 Folk Awards, and releasing three solo albums. All have been received to great critical acclaim, with the most recent, ‘Songs Lost & Stolen’, becoming MOJO magazine’s number 2 Folk album of the Year 2011, and The Herring Girlfrom the same album voted Best Original Song at this years Folk Awards. Famed for entwining her hypnotic voice with her own fiddle accompaniment to stunning effect, Bella has toured extensively, from Village Halls to The Royal Albert Hall, and has appeared regularly on national television and radio, with performances last year on Radio 4’s Woman’s Hour, Radio 2’s Weekend Wogan with Terry Wogan and The Bob Harris Show, and Radio 3’s The Verb with Ian McMillan.

The Dark Peak and The White animates the cultural heritage of the Peak District with heartfelt conviction. It demonstrates Bella Hardy’s remarkable ability to breathe new life into old stories, and to write original songs which stand up and contribute to the British traditional music canon. Yet most importantly, at the centre of it all, Bella’s voice remains, captivating and enchanting